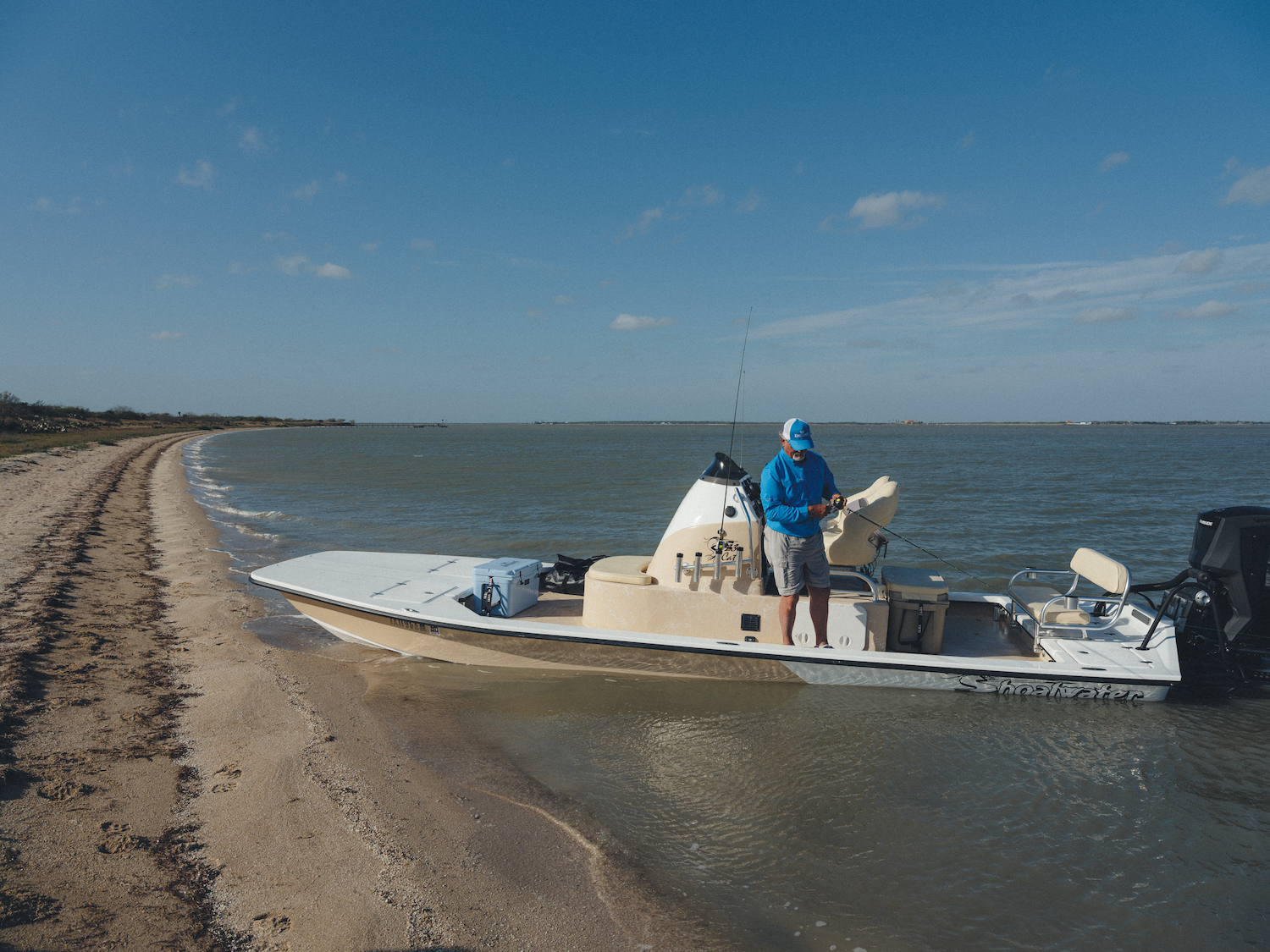 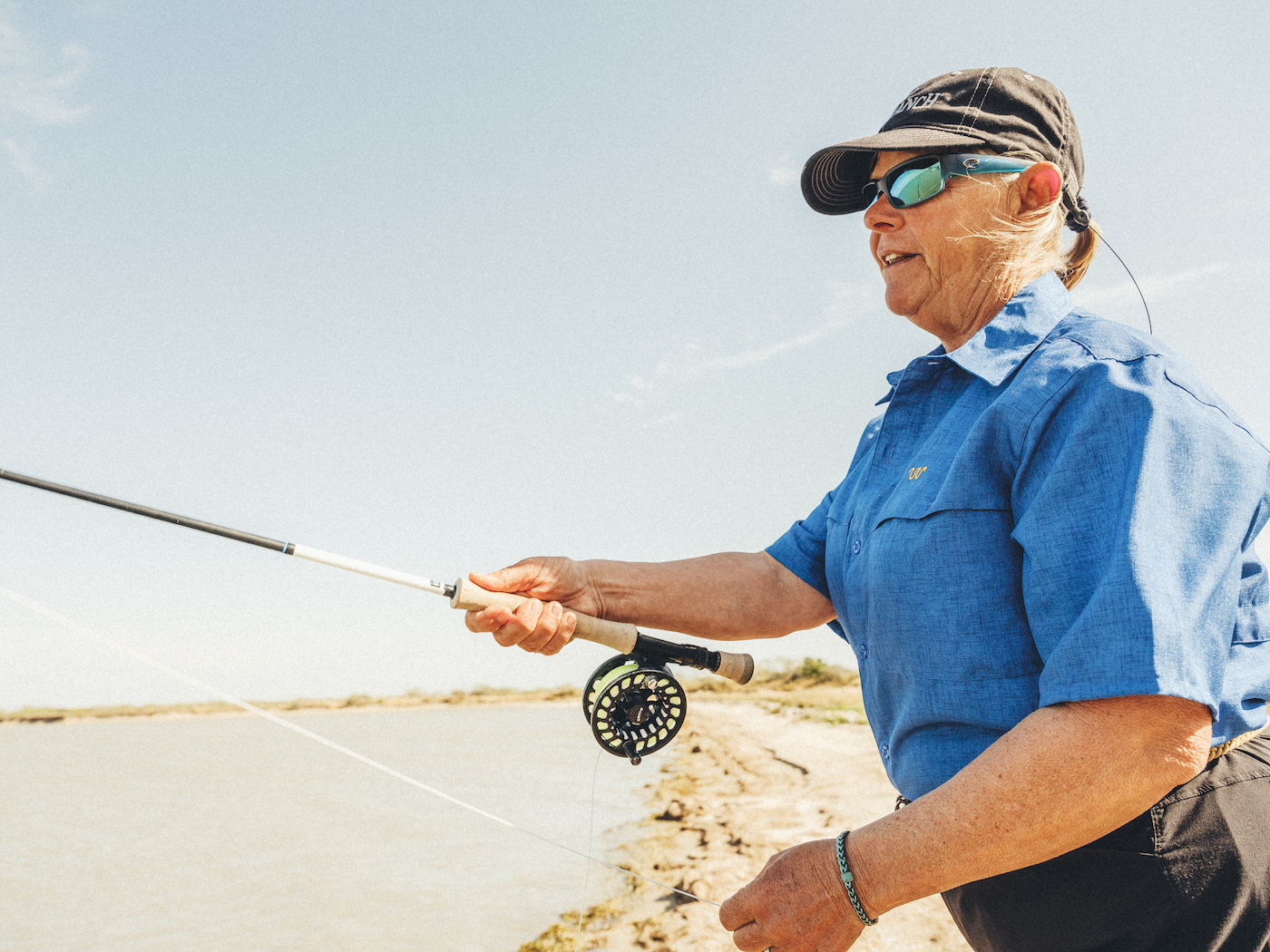 “Don’t settle. Don’t be afraid to chase your dreams, share your passion or really live your life.” – Captain Aubrey of Baffin Bay Rod and Gun

Baffin Bay has a reputation for trophy trout. We hit the water right off the coast of the King Ranch with Captain Sally and Aubrey of Baffin Bay Rod and Gun to enjoy the beauty of South Texas, do a bit of relaxing, and to search for this areas remarkable trout. We found ourselves hunkered down in the Cayo del Grullo, one of the three main arms of Baffin Bay, where we fished waters that were protected from wind. Read below to learn more about these incredible anglers and how they pursued their passion for fishing until they could make it into a sustainable way of life. In life and in fishing, we could all take a page from their book: Don’t settle.

King Ranch Saddle Shop: Give us a bit of your background. Where were you born? How long have you both been fly fishing and guiding? How did you find yourself there?
Captain Aubrey: I was born in Alpine, Texas and grew up in Sanderson, Texas. Even though I was nowhere near water, I developed my love for fishing in ranch stock tanks, along the Independence Creek, Pecos and Rio Grande Rivers and Lake Amistad. My youthful fascination with an old TV show, The American Sportsman with Curt Gowdy paved the way for my current occupation. I didn’t know how or when or even where, but I knew some day I would find my way to making a living in the great outdoors. I found Baffin Bay around 1996 after Jim Wallace set the Texas state record for speckled trout (Feb. 6, 1996). My fascination with speckled trout became an obsession and I had the opportunity in 2002 to quit my job, buy a used truck and boat, complete the qualifications to obtain my Captains’ license and make my new home here on Baffin Bay. Fly fishing is a relatively recent addition to my repertoire as I strive to be more of an all around fisherman.
Captain Sally: I’ve been a lifelong lover of the outdoors and grew up along the shores of Lake Erie. My father was a boating and fishing enthusiast and the family spent many summers aboard our Chris Craft cruiser fishing and camping along the inlets and bays. My dad shared with me his fishing and boating knowledge and often joked that I was the son he’d never had. Then I moved to Houston, then Rockport in 1984, and started working for a local attorney as a paralegal, that’s when I outfitted my first boat. Eventually, I realized that a “real job” interfered with my fishing, and eventually became a contract paralegal so I would have more time to devote to learning the bays.  Then, in 1998 I obtained my 25 Ton Near-Coastal Masters Coast Guard Captain’s license and decided to go out on my own as a professional fishing guide, and I was the first full time female fly fishing guide on the Texas Coast and the first professional fishing guide to specialize in Kayak Fishing in Texas.
KRSS: How was your interest in fishing formed and nurtured?  Were there any particular people or places that were involved in that journey?
Captain Aubrey: Both of my grandfathers were avid fishermen. One was primarily a freshwater guy and the other was primarily a saltwater guy. Living in West Texas, which is over six hours from the nearest saltwater, I mostly fished freshwater growing up. My Dad had a bass boat from my junior high years through my early college days and we fished almost every weekend. My most vivid memory involving fishing was the time I spent around Independence Creek and the irrigation canal for a small golf course at Chandler’s Guest Ranch adjacent to the creek.
Captain Sally: My father was, of course, the person who instilled the love of the outdoors and fishing in particular in me. I’ve always been a very independent person and found my way mostly through trial and error, but I’ve always focused on the things that made myself happy, as well as my clients. I did have one mentor to help learn fly fishing from and that was one of the best in Texas, Capt. Chuck Scates. We had a mutual agreement to share knowledge, and that led to a strong friendship over the years. 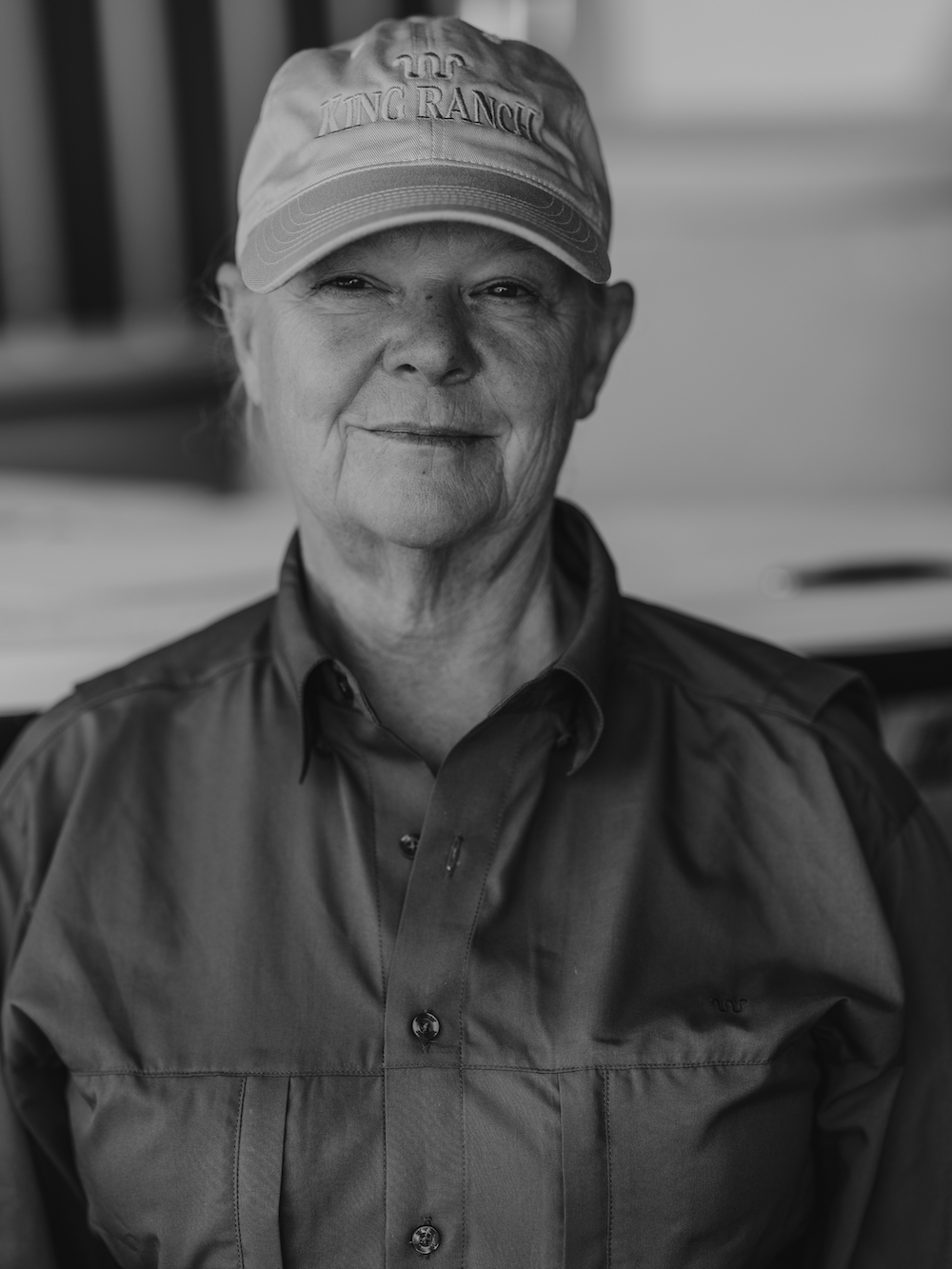 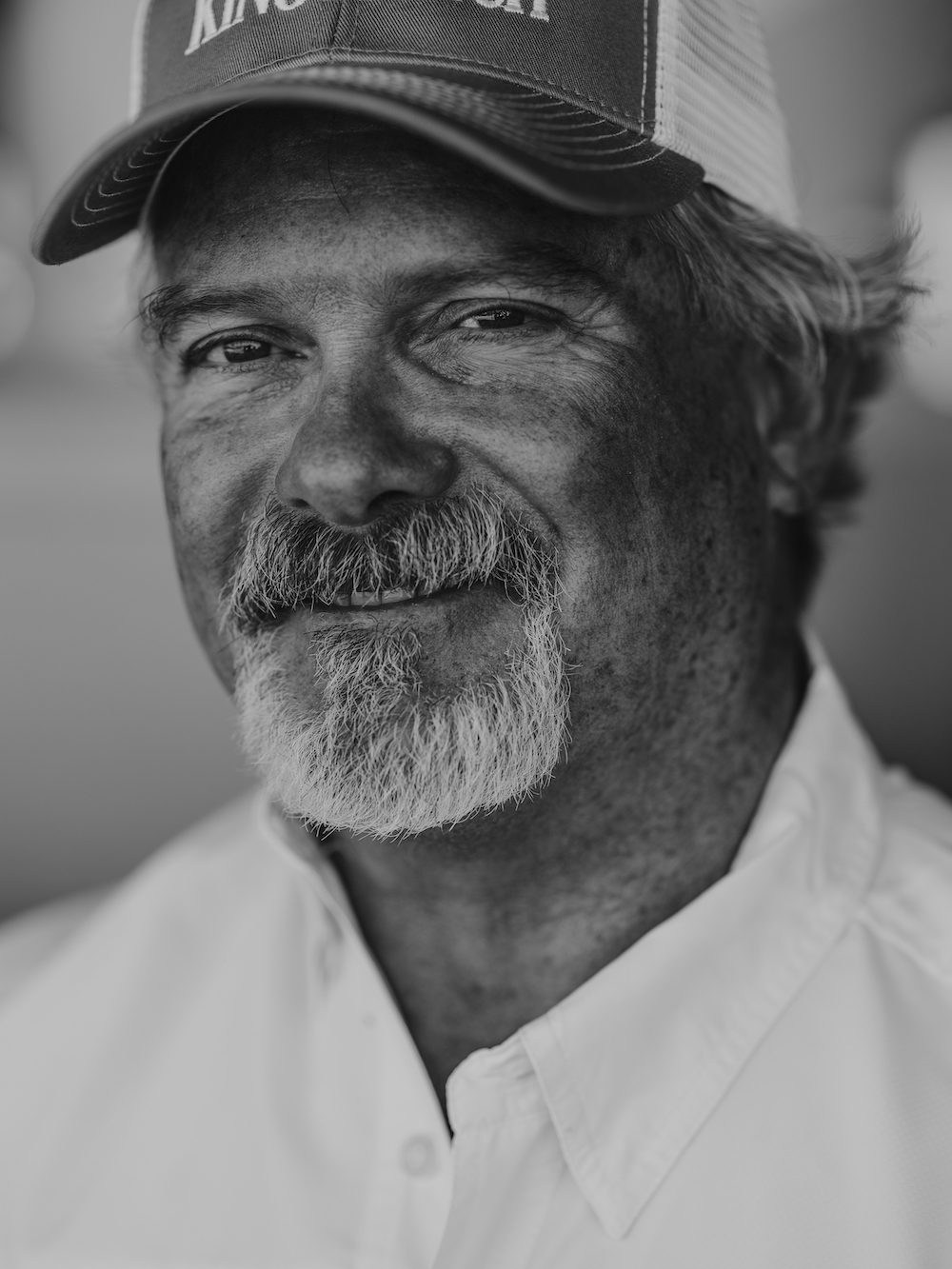 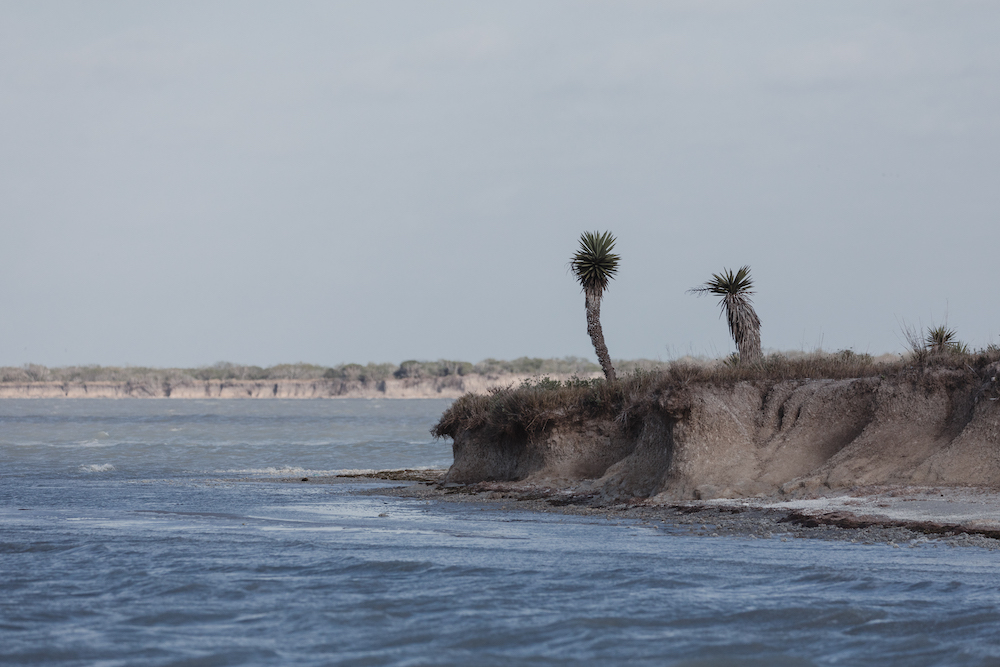 KRSS: Tell us a little bit about Baffin Bay Rod and Gun!
CA: Well, it’s been a labor of love building this business with the person who is the most important in my life. Sally is my rock and the two of us are an unstoppable force. BBR&G is our brainchild and we strive to make it the best it can possibly be. We have been tested from day one and have overcome every challenge and continue to make the changes necessary. Our goal has always been to make BBR&G a place where folks could drop their cares and worries outside our gate and just relax and enjoy legendary hospitality and a warmth and closeness you can’t find at any other fishing and hunting lodge. Judging from the feedback we receive, we seem to be doing it right.
KRSS: Tell us a little about the flora or fauna that you encounter while out fishing in South Texas.
CA: The wild and rugged beauty of the Wild Horse Desert, while not for the meek or timid, is some of the most fantastic sight I have ever seen. Mesquite, prickly pear cactus and the occasional oak mottes are scattered along the shoreline. They provide shelter and habitat for local animals such as whitetail deer, javelina, turkey, wild hogs and Nilgai. It is a birdwatcher’s paradise for shore birds and migratory species. It is an especially great area for raptors. Hawks, osprey, kestrels, kites and more are abundant throughout the area. Of course, there are plenty of rattlesnakes to keep you on your toes but all in all you can see why we trademarked the saying “The Last Best Place in the Texas Coast.”
KRSS: Are there any memories that stick out to you the most from being on the water?
CA: I actually married my lovely wife Sally on the water in Baffin Bay in August 2010. We stood knee deep on a sandbar at sunrise 15 miles into the bay with 85 of our closest friends and family (arriving in 24 boats) and said our vows. Our rings were tossed in to us attached to topwaters by two friends. As soon as the ceremony was over, everyone went fishing. It was the ideal fisherman’s wedding.
CS: I remember family trips during the summer months around the Great Lakes. I love sunrises and think that all days are special when you’re doing something you really love.
KRSS: What does your typical morning look like?
CA: Up at least an hour and a half before sunrise to prepare my boat and to make sure my clients are fed a hearty breakfast and have the proper gear for the day. I usually feed our horse and our six dogs and help my wife with whatever she needs to make sure her clients and her boat are ready for a day on the water. A short drive to the public boat ramp (less than a mile) and then my wife and I usually tag team with each other to help launch our boats. Then it’s off for another adventure with our awesome clients.
CS: I like to get started slowly in the mornings, enjoying a cup of coffee or two with my “pack” of hunting dogs. Then it’s on to making sure clients are up, moving and well fed. Preparing the boat and loading the gear for a day of fishing and adventures is next.
KRSS: What makes South Texas so special?
CA: I am a bit of a history buff. Especially Texas history. South Texas is so rich in history with the King and Kenedy ranches, Goliad, San Antonio (the Alamo), it’s just a never ending storyline. The wild shorelines of Baffin Bay are extra special because there will likely be no development of its shorelines during my lifetime. No traffic, no construction or condos, just peaceful and natural scenery.
CS: Texas is such a great state and I love the southern hospitality here. The wild shorelines of Baffin Bay and the relative isolation make it a great place to live. 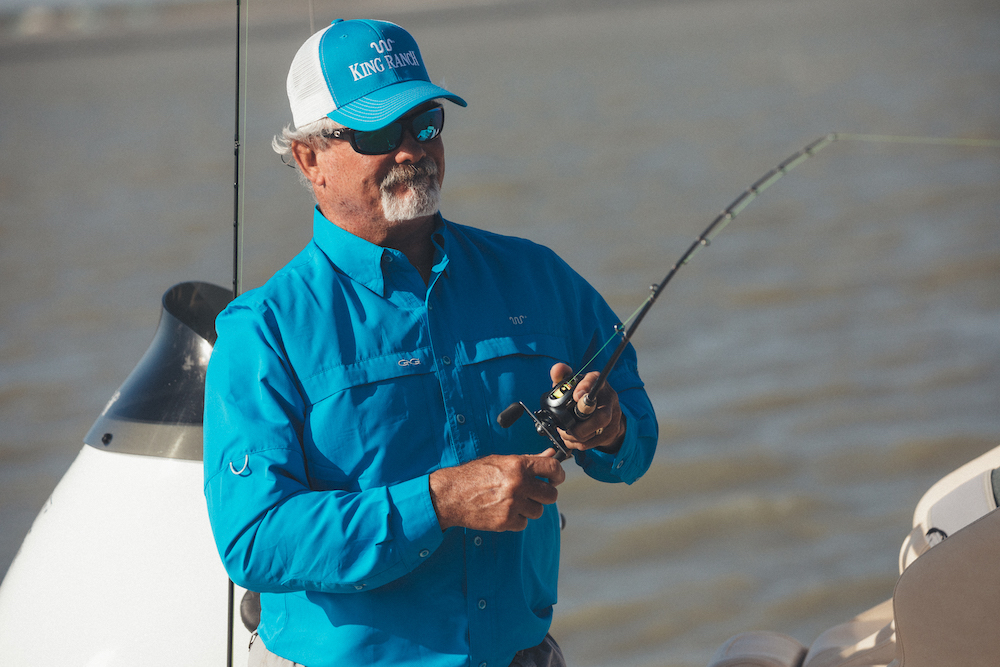 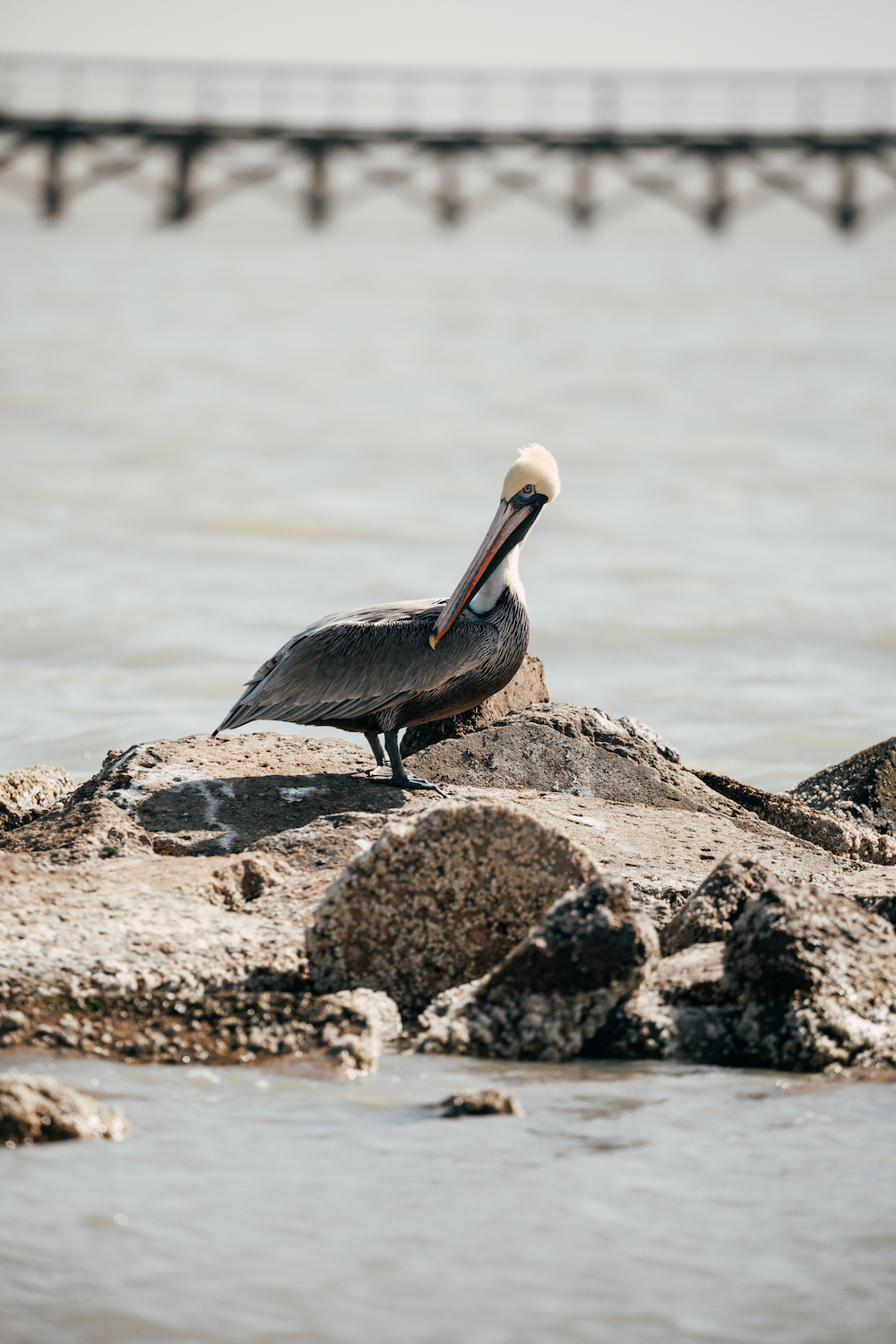 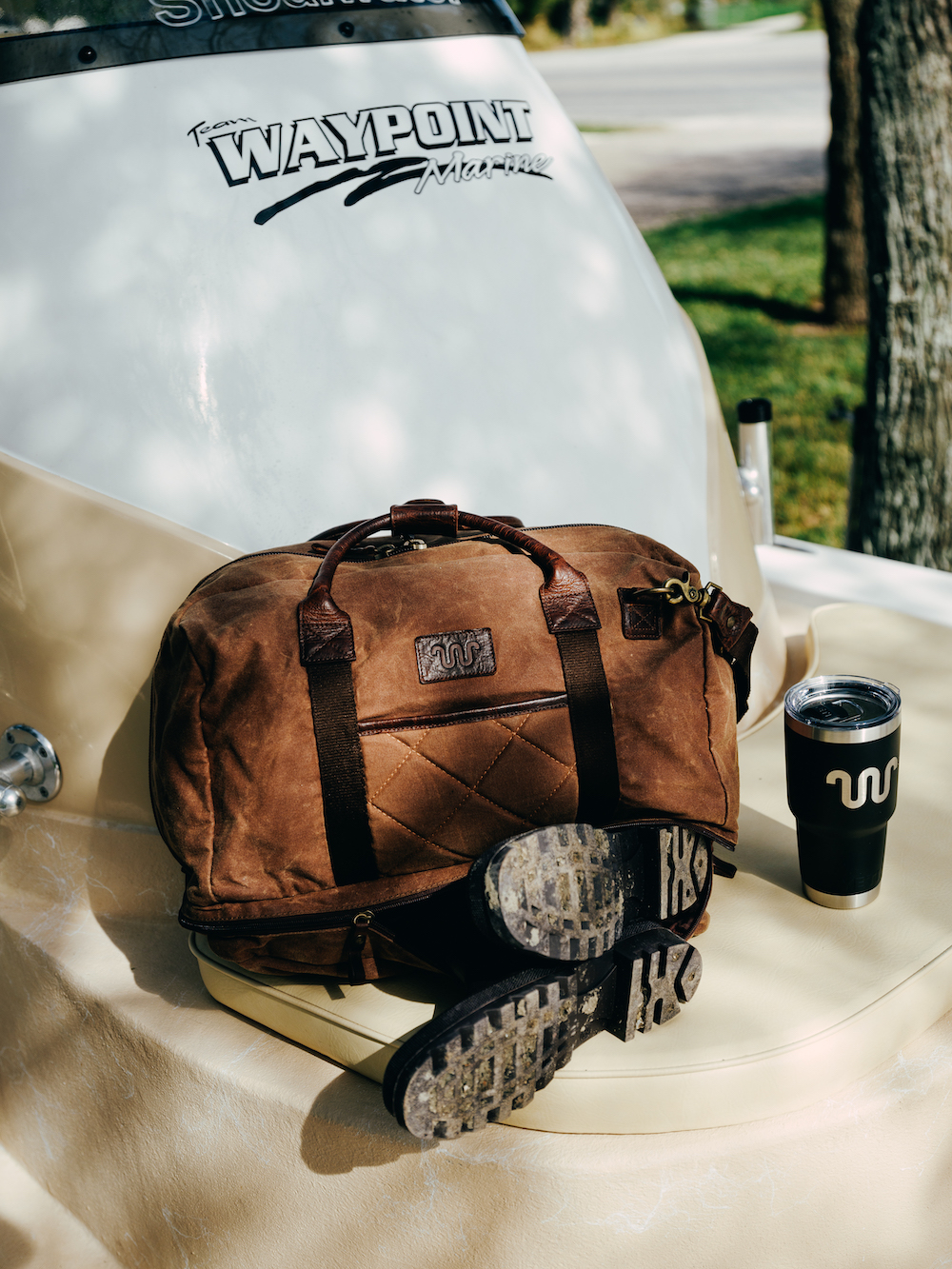 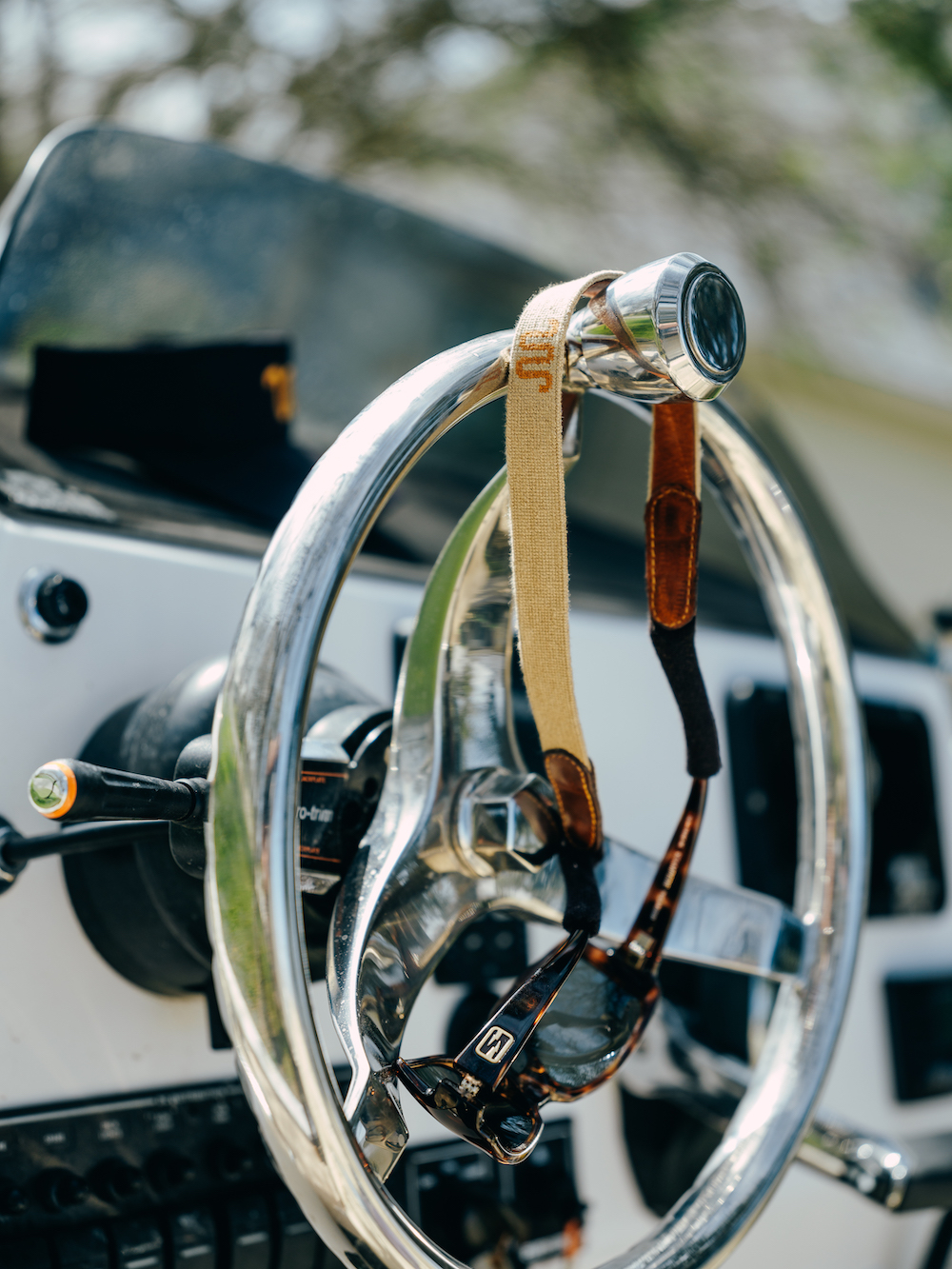 KRSS: What kinds of fishing are you doing out there?
CA: We primarily wade fish for trout, redfish, flounder and black drum. Occasionally we will drift fish the flats with conventional tackle or fly rods. Sight-casting in clear water with a fly rod is the most challenging and rewarding way to fish that I can think of. And the area we fish is some of the best if not the best in Texas.
KRSS: What are the three best things about fishing?
CA: 1. I call fishing, “The Great Escape”. No matter what problems every day life throws at us, when we get on the water and throttle up the boat, they all just seem to fade away.
2. The personal satisfaction of being “one with nature” and putting my knowledge and tactics against the creatures who live here is unbeatable.
3. It’s a very spiritual thing for me. I feel closer to God when I’m on the water. I have lots of talks with the man upstairs when I am on the water and I am always appreciative of his creation and handiwork. Especially his sunrises.
CS: 1.Freedom and independence on the water is one of the very best things about fishing.
2. Hunting for fish on Baffin Bay while reading the water and making specific casts to structure you know is holding fish and having your ideas pay off.
3. Sight casting to cruising or tailing redfish or black drum on the sand in clear ankle deep water and watching the fish eat your lure or fly before you set the hook. That’s about as good as it gets.
KRSS: What’s the best advice you’ve ever received or piece of advice you’d like to share with us?
CA: In life in general I would have to say “Don’t settle”. Don’t be afraid to chase your dreams, share your passion or really live your life.
CS: Fishing is supposed to be fun, it’s not solving world peace or curing cancer. Don’t take it all so seriously and always look up and see the beauty in God’s world, whether catching fish or not! Appreciate every moment!